Anthony Watts has an update on the progress of Solar Cycle 24 HERE: 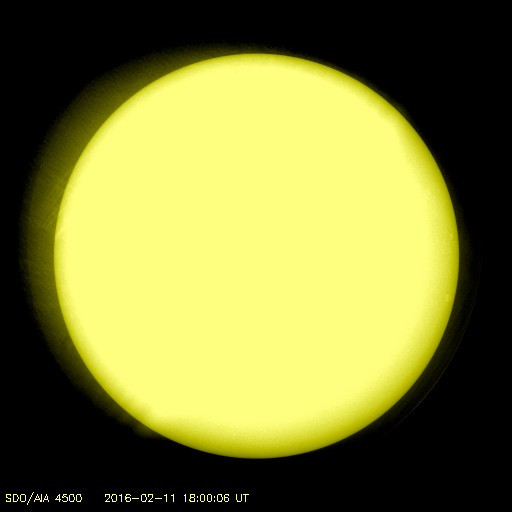 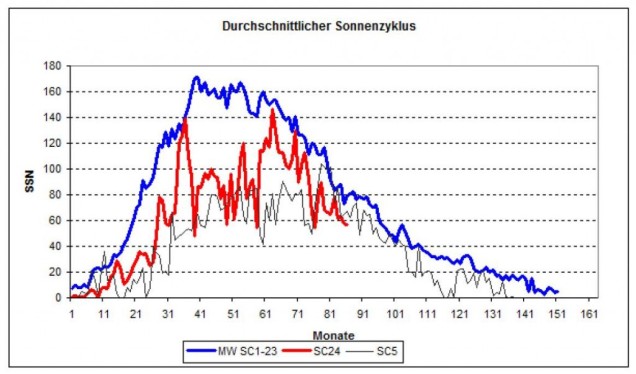 As you can see from the plots in Figure 1, the current level of activity of solar cycle 24 seems close to that of solar cycle number 5, which occurred beginning in May 1798 and ending in December 1810 (thus falling within the Dalton Minimum). The maximum smoothed sunspot number (monthly number of sunspots averaged over a twelve-month period) observed during the solar cycle was 49.2, in February 1805 (the second lowest of any cycle to date, as a result of being part of the Dalton Minimum), and the minimum was zero.(ref: Wikipedia)

The Dalton Minimum coincided with a period of lower-than-average global temperatures. During that period, there was only a  temperature variation of about 1 °C. However, was the lower number of sunspots the cause of the lower-than-average temperatures during this period, or was it related to some other phenomenon not well understood. Scientists have  suggested that a rise in volcanism was responsible for the cooling trend.

The Year Without a Summer in 1816 occurred during the Dalton Minimum. The prime reason for cooler temperatures that summer was the explosive eruption of Mount Tambora in Indonesia according to many scientists. Mount Tambora  was one of two largest eruptions in the past 2000 years.

The question in my mind is how to verify that volcanism increases during solar minimums? If you look at the chart below, it appears that major volcanos erupted during the cold periods. But, were those eruptions triggered by declining sun spots or some other phenomenon.

According  to the Smithsonian Institution’s Global Volcanism Program database of eruptions, a count of all the eruptions that started in each year, from 1945 to 2015. it shows about 35 new eruptions per year, with a lot of variation from about 25 to 50 per year. The trend over the full period is basically flat, and while there was a slight increase on average from about 1997 to 2008. There were 26 eruptions in 2015 and 37 in 2014. There is no noticeable increase during the solar cycle 24 decline. Smithsonian Institution’s Global Volcanism database has a lot to explore, more in a future post.