Note: This is a guest post from Watt Up With That by Anthony Watts.  His climate change investigations at WUWT that were used by Alan Carlin in his critique of climate science at the EPA. I have been a strong supporter of Anthony’s surface station project and encouraged him to continue the effort, as some day he would make a difference. And, here is one of the results.  Why is this posted here?  Without reliable tools to measure climate change we will be unable to warn the public of the coming changes, warming or cooling.  Anthony and Alan Carlin have contributed to strengthening that tool set.

While the GAO issues a report today saying that the US Historical Climatological Monitoring Network has real tangible problems as I have been saying for years the Inspector General just released a report this week saying that EPA rushed their CO2 endangerment finding, skipping annoying steps like doing proper review. The lone man holding up his hand at the EPA saying “wait a minute” was Alan Carlin, who was excoriated for doing so.

END_OF_DOCUMENT_TOKEN_TO_BE_REPLACED

While this Reason Foundation Study is good news, it should not be used as a reason to drop your guard and stop preparing for the next disaster, a hibernating sun.  During past Grand Minimums, millions died when agriculture failed.

Despite concerns about global warming and a large increase in the number of reported storms and droughts, the world’s death rate from extreme weather events was lower from 2000 to 2010 than it has been in any decade since 1900, according to a new Reason Foundation study.

You can read the rest of the report and get a PDF copy of the study HERE.

Volcanos played a role in increasing the human and agriculture misery during previous Grand Minimums, and that is why we continue to follow volcanic eruptions. Wired takes a look at some of the most recent erupting volcanos, starting with a nice view of the Canary Islands which has been in the news with residents and tourists evacuated from around El Hierro (bottom left in photo)

On Tuesday, authorities ordered the evacuation in the municipality of La Frontera to protect people living on the slopes of the volcano “for possible risk of falling rocks.”

“We expect an imminent eruption,” said the head of the council that ordered the evacuation on the Spanish island of 11,000 inhabitants.

In total, 53 people left their homes. Most were able to find shelter with relatives but 15 others, including several tourists were relocated in a dorm.

Check out the other erupting volcano pictures HERE.

John Seach at Volcano Live had this insight to El Hierro’s history:

Hierro Volcano, Canary Islands
Earthquakes continue at Hierro volcano in the Canary Islands. Since July 2011 over 8000 small earthquakes have been recorded at the volcano. Yesterday an earthquake of magnitude 3.5 occurred. Deformation has increased significantly at the volcano in the past week. On 23rd September 2011 the alert level was raised to YELLOW. Some residents have been evacuated from near the volcano. Earthquakes are occurring in the northwest of the island at the location of a landslide that created a 100 metre high tsunami about 50,000 years ago. A major debris avalanche occurred on the northern flank of Hierro Island, dated about 13,000 years ago. It had a width of 15 km and a scarp height of 1000 m. The landslide deposited 150-180 cubic km of debris on the seafloor down to a depth of 3000 m.

A huge landslide would produce tsunami which could reach the Eastern Seaboard of the United States. Stay Tuned!

This blog is a work in progress to map the weather changes as we slide toward The Next Grand Minimum.  You may not agree we are headed in that direction, but someone needs to examine the possibility.  Some of the sign posts I will be looking for are June killing frosts, where they have not been reported in the last 100 years and early fall frosts. The combination of late and early frosts will results in a shorter growing seasons, which can impact Northern Hemisphere agriculture production.  I will also be watching other weather, volcanic, and solar events that could indicate we are headed toward our Next Grand Minimum. 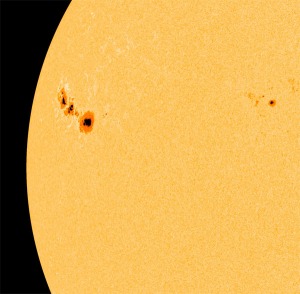 According to Spaceweather.com, sunspot group 1302 poses a major risk for X-class solar flares and it is still growing, and will face Earth this next week. This is the largest solar cycle 24 sunspot cluster so far and is producing M and X class solar flares. In a couple of days this large unstable sunspot will be facing the earth.

It was sunspots flares emitting X class flares that that have impacted electronics systems on the earth.  In March 1989 a major flare caused the Hydro-Quebec power grid in Canada to go down for over nine hours. The resulting damage and loss in revenue were estimated to be in the hundreds of millions of dollars. A 1994 solar storm caused major malfunctions to two communications satellites, disrupting newspaper, network television and nationwide radio service throughout Canada.

The grand daddy of all flares occurred in 1859, before we had a power grid. This super storm was discovered by Richard Carrington and became known as a Carrington Event. This September 1859 event created havoc for the recently established telegraph systems, shocking operators and causing fires in the telegraph offices.  Think about the havoc it could have caused our current wobbly power grid.   Stay Tuned.

Story is at Science News

What if one of the largest volcanic eruptions in recent history happened today? A new study suggests that a blast akin to one that devastated Iceland in the 1780s would waft noxious gases southeastward and kill tens of thousands of people in Europe. And in a modern world that is intimately connected by air traffic and international trade, economic activity across much of Europe, including the production and import of food, could plummet.

From June of 1783 until February of 1784, the Laki volcano in south-central Iceland erupted. Although the event didn’t produce large amounts of volcanic ash, it did spew an estimated 122 million metric tons of sulfur dioxide gas into the sky—a volume slightly higher than human industrial activity today produces in the course of a year, says Anja Schmidt, an atmospheric scientist at the University of Leeds in the United Kingdom.

END_OF_DOCUMENT_TOKEN_TO_BE_REPLACED

A long string of current events are beginning raise questions about the ability of government scientist to deal effectively with the facts. In the past I have questioned the ability of CARB and EPA scientist to present global warming facts truthfully, but now I will have to add the Interior Department.  This is another agency that is twisted the facts to meet their agendas. Now Congressman Tom McClintock and U. S. District Court Judge Oliver Wagner are questing the ability of the Interior Department to deal with the facts.

END_OF_DOCUMENT_TOKEN_TO_BE_REPLACED

Why are the results of a CIA’s Global-Warming study secret? Wired has this story: 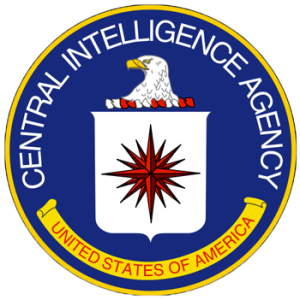 Two years ago, the Central Intelligence Agency announced it was creating a center to analyze the geopolitical ramifications of “phenomena such as desertification, rising sea levels, population shifts and heightened competition for natural resources.”

But whatever work the Center on Climate Change and National Security has done remains secret.

In response to National Security Archive scholar Jeffrey Richelson’s Freedom of Information Act request, the CIA said all of its work is “classified.”

“We completed a thorough search for records responsive to your request and located material that we determined is currently and properly classified and must be denied in its entirety,”

What could be so classified, that is has to be a secert. Could it be the report says that there is no global warming, and that would be counter to the current policy of the Obama administration. I wonder if this is while it is still classified?

END_OF_DOCUMENT_TOKEN_TO_BE_REPLACED

The freezing temperatures recorded last week have put an end to the corn-growing season in most of North Dakota.

“Though we typically think that corn can tolerate some subfreezing temperatures, we can see by looking at this year’s crop that corn can be killed when temperatures are at or even approaching 32 degrees,” says Joel Ransom, North Dakota State University Extension Service agronomist for cereal crops. “Leaves that were damaged by this frost are no longer green and are crisp and dried.

Stalks that were killed also are devoid of any green color.”

Ransom calculates that the losses to corn growers caused by this frost could exceed $180 million.

It happened at 11:18 AM on the cloudless morning of Thursday, September 1st, 1859. Just as usual on every sunny day, the 33-year-old solar astronomer was busy in his private observatory, projecting an image of the sun onto a screen and sketching what he saw. On that particular morning, he traced the outlines of an enormous group of sunspots. Suddenly, before his eyes, two brilliant beads of white light appeared over the sunspots; they were so bright he could barely stand to look at the screen.

Carrington cried out, but by the time a witness arrived minutes later, the first solar flare anyone had ever seen was fading away.

It would not be the last. Since then, astronomers have recorded thousands of strong flares using instruments ranging from the simplest telescopes in backyard observatories to the most complex spectrometers on advanced spacecraft.  Possibly no other phenomenon in astronomy has been studied as much.

After all that scrutiny, you might suppose that everything about solar flares would be known.  Far from it.  Researchers recently announced that solar flares have been keeping a secret.