Our sun was also very sub-normally active in December last year. We are writing the 121st month since the beginning of cycle number 24, in December 2008, and since 2012 (when we started the blog here) we could only reformulate the opening sentence once: In September 2017 when the sun was 13% more active than the long-term (since 1755) average.

All other months were below average. With the sunspot number (SSN) of 3.1 for the monthly average for December and a total of 24 days without any spot (throughout the second half of the month the sun was spotless), we are in the middle of the cycle minimum. 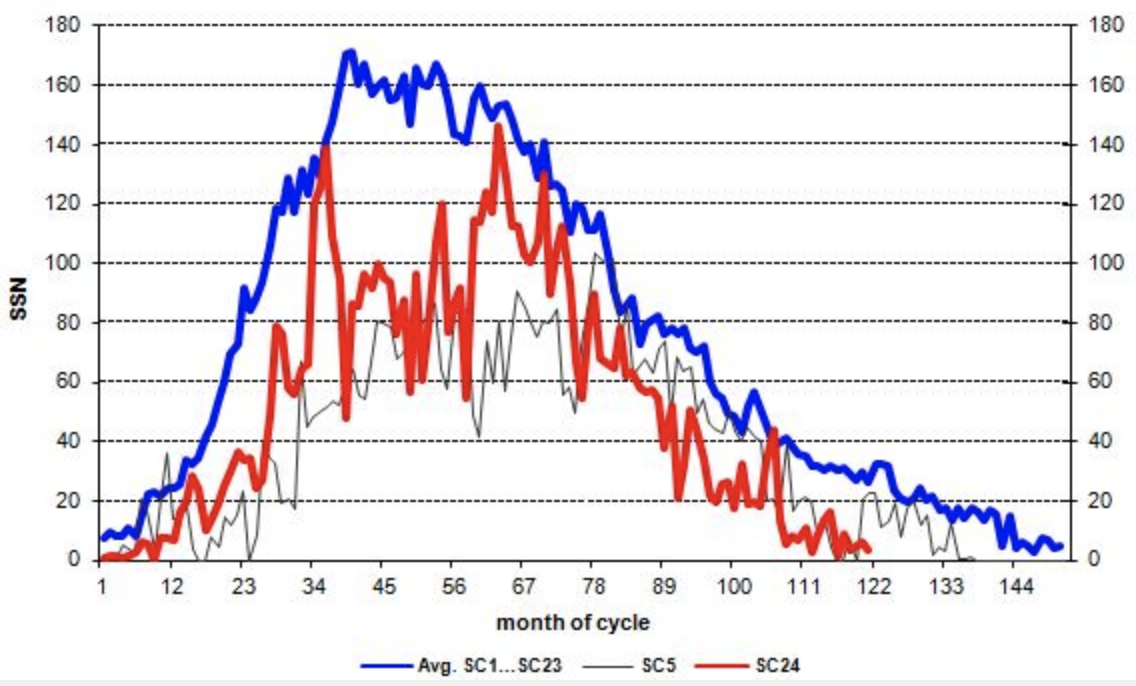 Fig. 1:  Solar Cycle 24 – red – is almost over. Since October 2017 (cycle month 108) we have been at the minimum and the next cycle should start at the beginning of 2020. The blue curve is the respective monthly average over the 23 cycles completed so far. The black curve (for comparison) SC 5, which was recorded around 1815 and was as similarly weak as the current cycle.

The following chart compares all the cycles observed thus far: 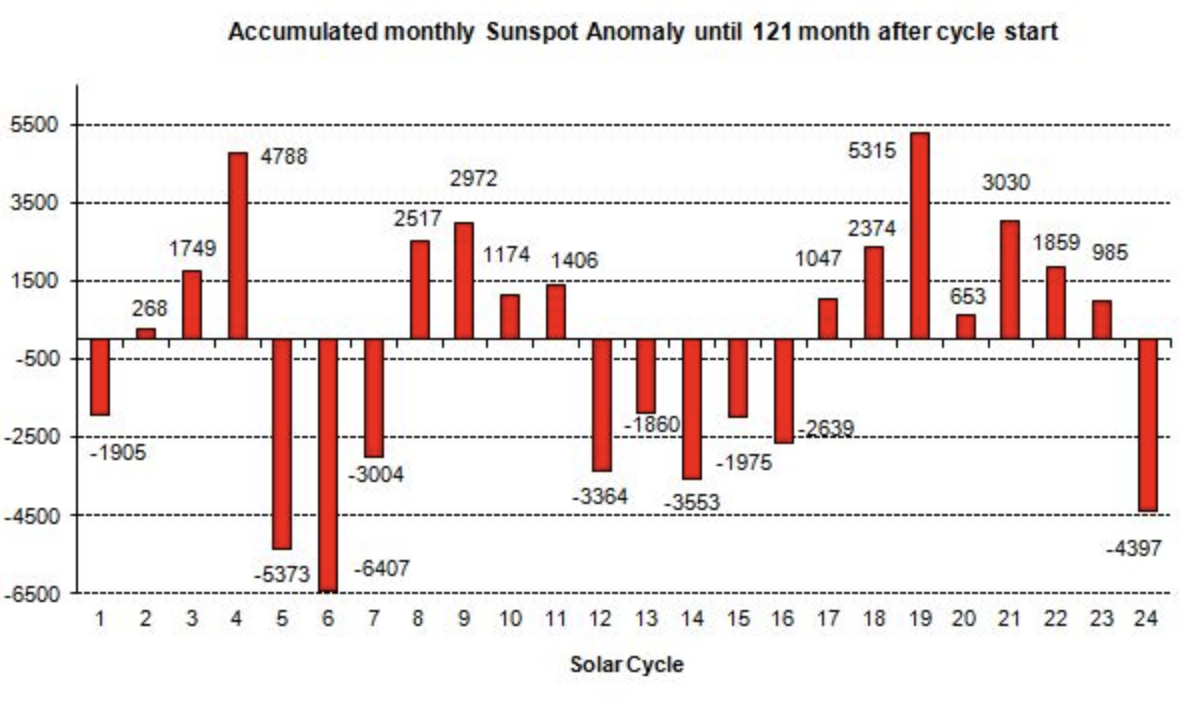 Fig. 2: The sunspot activity of our sun since cycle 1 (1755). The numbers are calculated by adding the monthly differences with respect to the mean (blue in Fig.1) up to the current cycle month 121.

Clearly, SC 24 is the lowest activity since the Dalton Minimum (SC 5,6,7) around 1810 when using the entire cycle and not only the maximum activity in short peaks (see Fig. 1).

Danish Professor Henrik Svensmark is a leading physicist of cosmic radiation. At the end of last year he made a presentation at the 12th International Climate Conference in Munich, where he demonstrated that the climate is indeed modulated in large part by cloud cover, which in turn is modulated by solar activity in combination with cosmic rays.
His theory is that cosmic rays, which are extremely fast-flying particles – which originate from dying supernovae – travel through the cosmos, strike the Earth’s atmosphere and have a major impact on cloud cover and thus climate on the Earth’s surface.
This, Svensmark says, has been confirmed in numerous laboratory experiments.

The full post with video and charts is available at the NoTricksZone.

Professor Henrik Svensmark is doing important research and should be given your consideration.  If you do not agree, please post your arguments in the comments with links to your supporting evidence. Thanks!

The Little Ice Age Could Offer a Glimpse of Our Tumultuous Future.

Over the last couple of decades, as the impact of global warming has intensified, the discussion of climate change has spilled out of the scientific and technocratic circles within which it was long confined. Today, the subject has also become an important concern in the humanities and arts.

Discussions of climate tend to focus on the future. Yet even scientific projections depend crucially on the study of the past…

Perhaps the most intensively researched of these periods is the Little Ice Age, which reached its peak between the late 15th and early 18th centuries. This early modern era is of particular interest because some of the most important geopolitical processes of our own time trace back to it.

During part of the Little Ice Age, decreased solar irradiance and increased seismic activity resulted in temperatures that, as Geoffrey Parker writes in Global Crisis, a groundbreaking global history of the period, were “more than 1 [degree Celsius] cooler than those of the later twentieth century.”

The current cycle of human-induced global warming is likely to lead to a much greater climatic shift than that of the Little Ice Age.

Amitav Ghosh is the author of The Great Derangement: Climate Change and the Unthinkable. @GhoshAmitav

By increased seismic activity I wonder if the author is referring to the volcanos shown in this graphic.

The is a very interesting 40-minute video presentation by Nir Shaviv on the solar-climate connection and cosmic rays.

Shaviv first presents the evidence that the sun affects climate before explaining the cosmic ray ideas.

Hat Tip to Don B for the link to this video in a Comment at the NoTrickesZone.

The ‘Little Ice Age’ hundreds of years ago is STILL cooling the bottom of Pacific, researchers find

The Medieval Warm Period was a period lasting between the 9th and 12th centuries during which Earth’s climate leaned on the warmer side.

It was followed not long after by the Little Ice Age, which lasted from the 16th through 19th century, though some argue it began even earlier.

According to researchers from the Woods Hole Oceanographic Institution and Harvard University, this long-ago cooling period could still be showing its face in the temperatures of the deep ocean.

Full Article is at the Daily Mail HERE.

Is this a valid science?  What do you think the LIA can still be cooling the Pacific? Your thoughts?

The Details are HERE at the No Trix Zone.