Look folks, it our governor and we elected him. We are as much to blame for this stupidity and he is. I would be interested in how a pause in global warming for 18 years produces sever cold. I think that Governor Brown must have been protesting during science class.

Remember this eye roller from Brown where he claimed LAX was at risk from sea level rise, only to have to walkback the claim the next day after it was pointed out on WUWT that LAX is well above sea level? 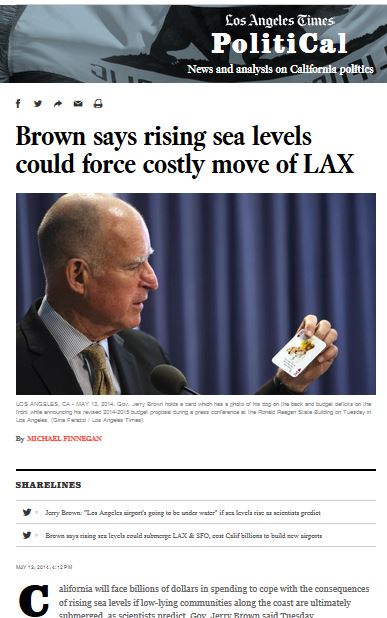 California Governor Jerry Brown has declared senator Ted Cruz is “unfit for office”, because Cruz doesn’t believe that global warming is the cause of the extreme cold in America’s North East.

“What he said is absolutely false,” Brown said. “Over 90% of the scientists who deal with climate are absolutely convinced that the humans’ activity, industrial activity … are building up in the atmosphere, they’re heat trapping, and they’re causing not just one drought in California but severe storms and cold on the East Coast.”

What can I say – without experts like Jerry to explain the…

This is an interesting theory and is provided for your examination and evaluation. We live on a planet in a complex galactic neighborhood.

Nir Joseph Shaviv is an Israeli-American physics professor, carrying out research in the fields of astrophysics and climate science. He is a professor at the Racah Institute of Physics of the Hebrew University of Jerusalem.He is also a member of the Institute for Advanced Study in Princeton.

He is best known for his controversial solar and cosmic-ray hypothesis of climate change. In 2002, Shaviv hypothesized that passages through the Milky Way’s spiral arms appear to have been the cause behind the major ice-age epochs over the past billion years.

In 2014 Shaviv and coworkers published the paper “Is the Solar System’s Galactic Motion Imprinted in the Phanerozoic Climate?in Scientific Reports. Fossil shells, mainly brachiopods with some conodonts and belemnites are proposed as chronometers with a physical mechanism inferred to exists to link the solar system’s vertical motion through the galaxy to the terrestrial…

Guest essay by Samuel I Outcalt

The USCRN monthly average air temperature records were searched for continuous records covering the 2004 to 2014 decade over the contiguous United States. The average values were selected as these averages represented the average of several sensors. The records represent mid-month averages so a simple interpolation algorithm was used to convert the x-axis of plots from continuous months with an initial index value of zero to fractional years [ x = 2004+(1/24) + (x/12) ]. As mid month data was used, the record stream ran from 1 January 2004 to 1 January 2015. The graph for Elgin, Arizona is displayed as Figure 1. 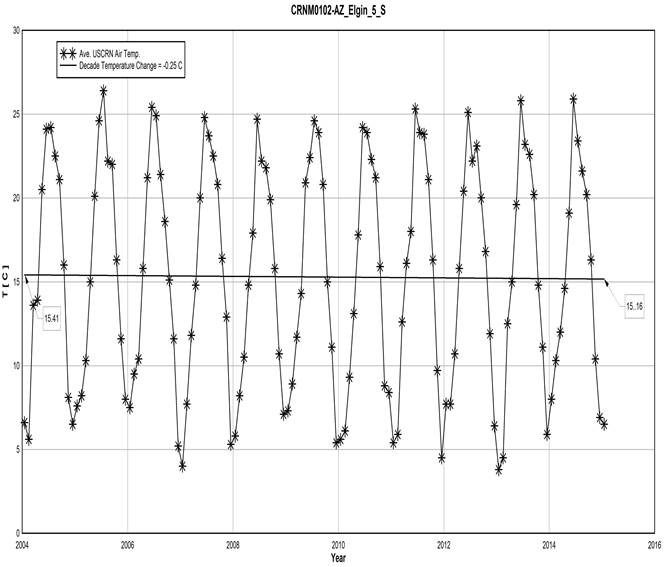 Figure 1. The record for Elgin, Arizona.

It was later discovered that Elgin was the only record that could NOT be easily included in within an area of stations having a negative trend during the decade.

The map of the station…