I am not sure I understand how astrophysicist Piers Corbyn at Weather Action does his weather forecasts, but I do know that the jet stream and it’s location have a major impact on the where weather takes place. Storms follow the jet stream, or in some cases are blocked by the jet stream.

Here is the latest from Weather Action:

Piers Corbyn, astrophysicist, WeatherAction says: “Weather developments in the week to 16th are starting to show Low pressure in the East Med consistent with the Lower pressure generally in the Med we expect –http://bit.ly/Nlz60v . This appears to be part of the major shift south of a large fraction of the Jet Stream in European longitudes which we predicted.

“At the same time the rare Arctic summer storm heralds the major N hemisphere pressure re-organization and Jet stream shift we predicted. Standard Meteorology will have many difficulties getting it right from more than a few days ahead because these ‘Little Ice Age’ patterns are so different to what we have been used to. 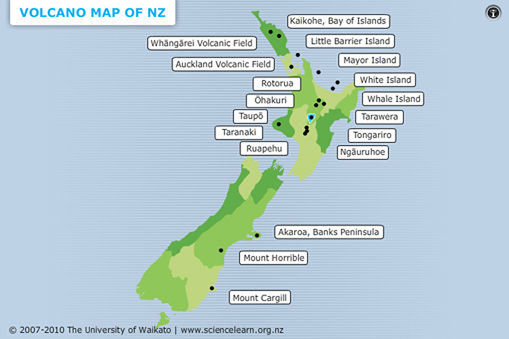 Robert Felix has posted the report below on volcano activity in New Zealand at Ice Age Now. Why should we be paying attention?  The ice core demonstrate that cooling periods came on sharply and more and more scientist are beginning to credit volcanism for plunging the earth in to little ice ages.

“Is the super volcano Taupo awakening?” asks this headline on twawki.com.

The situation in NZ continues to alarm. A third volcano – Monowai, has erupted, emitting pumice that covers an area of ocean 50 km x 450km in size (10,000 sq. miles). It has one of the fastest growth rates for a volcano in recent history.

1800 years ago Taupo volcano in New Zealand had the largest volcanic eruption in the world for the last 5000 years. Taupo ejected over 30 cubic kilometers of material including a pyroclastic flow that moved at 600-900km/hr, traveling up mountains to a height of 1500m .

But even that massive eruption was dwarfed by the huge Taupo eruption just 26,500 years ago which plunged the earth into a volcanic winter & wiped out 60% of the population. From wikipedia;

The Oruanui eruption of the Taupo volcano was the world’s largest known eruption in the past 70,000 years, with a Volcanic Explosivity Index of 8. It generated approximately 430 km³ of pyroclastic fall deposits, 320 km³ ofpyroclastic density current (PDC) deposits and 420 km³ of primary intracaldera material, equivalent to 530 km³ of magma.

This eruption was the largest volcanic eruption in the world in the last 70,000 years. When you consider the pyroclastic flows from this eruption were up to 100m deep (yes the height of a 30 story building), and extended up to 100km from the volcano then this is a volcanic area to keep a close eye upon. Especially as this volcano erupts every 2000 years and erupted around 1800 years ago.

The last 3 months has seen many small earthquakes around Taupo but there seems an increase in tectonic activity in recent years with a 6.5 quake just last year and another 5 quake last month. With volcanic eruptions Tongariro erupted unexpectedly this week with White Island erupting yesterday.

In 2006 Geologists warned Rotorua, Taupo and Whakatane are set to be wiped out in a massive overdue earthquake. An Alpine fault quake is a certainty where East Cape would rip away from New Zealand, destroying the plateau that Rotorua is based on and taking Taupo and Whakatane with it. It is only a matter of when.

“The interval since the last event (in 1717) is longer than any interval between known earlier events.”

I found this additional information on Twawki.com interesting.

As Christchurch keeps getting hit with earthquakes & liquefaction is New Zealand waking up in accord with it’s cycles? There is also speculation that volcanic activity coincides with low sunspot activity – with solar cycle 24 flat-lining it will be interesting times ahead!

This is an area that needs more study. Was there more vulcanism during low sunspots,  and what is the link?

The Alaska Dispatch has the story HERE:

Most crops are several weeks behind schedule, according to farmers, the result of a chilly spring and a summer that’s nearly breaking cold-temperature records.

Pyrah’s Pioneer Peak Farm, a popular pick-it-yourself destination near Palmer, would normally see five times as many people as it has, says owner Ted Pyrah. There’s just not much for customers to pick right now, he says, and most vegetables are small.

While farmers can handle cloudy weather and a good amount of rain, there’s not much they can do when temperatures dip. Plants simply aren’t maturing fast enough, putting many farmers in a lurch.

The yield’s way down, the production numbers are not there,” says Arthur Keyes, owner of the South Anchorage Farmer’s Market and Glacier Valley Farm in Palmer. “It’s so cold, we need heat. We don’t need rain, we need the sun.”

The question is, if NASA’s James Hansen is declaring the world is warming, with July the warmest ever (not) then why is Alaska too cold to grow vegetables?

Holocene glacier culminations in the Western Alps and their hemispheric relevance

The natural variability of Holocene climate defines the baseline to assess ongoing climate change. Greenland ice-core records indicate warming superimposed by abrupt climate oscillations in the early Holocene, followed by a general cooling trend throughout the middle and late Holocene that culminated during the Little Ice Age (LIA). Tropical precipitation changes correlate with these patterns throughout the Holocene. Here we use mountain glaciers in the European Alps to reconstruct the regional Holocene climate evolution and to test for a link between mid-latitude, North Atlantic, and tropical climate. Our precise 10Be chronology from Tsidjiore Nouve Glacier, western Swiss Alps, indicates a glacier culmination during the earliest Holocene ∼11.4 k.y. ago, likely related to the Preboreal Oscillation. Based on our data, no Holocene glacier advance of similar amplitude occurred until ∼3.8 k.y. ago, when the glacier reached LIA limits. The 10Be ages between 500 and 170 yr correspond to the LIA, while the youngest 10Be ages overlap with the historically recorded post-LIA glacier positions. Integrating our data with existing records, we propose a hemispheric climate link between the Alps, North Atlantic temperature, and tropical precipitation patterns for the Holocene, supporting the concept of a pervasive climate driver. These findings from northern mid-latitudes are consistent with the hypothesis formulated for the tropics that the Earth’s thermal equator, responding to North Atlantic temperature changes, might have migrated southward throughout the Holocene, reaching the southern turning point toward the end of the LIA.

via Holocene glacier culminations in the Western Alps and their hemispheric relevance.

It is clear we live a world where the climate is controlled by large scale cycles and not SUV exhaust.

This is how ice ages begin. With endless winters, writes Robert that Ice Age Now:

“Most of the time snow melts in the mountains, unless it’s a glacier or snowfield,” McClure said. “We’ve had snow in 4,000-feet elevations that usually melts by early June stay until that time in July. It’s very rare to see snow in the mountains that close to the solstice.”

It’s possible the melt of last year’s snow could overlap with new snow falls that can occur as early as September, said McClure.

“Glaciers, of course, start forming when the snow of a new winter arrives before the snow of an old winter is gone,” says a different article in the Alaska Dispatch. “Snow piles upon snow until the weight of it compresses the snow at the bottom into ice. Then you have an Ice Age.” (Italics added)

The lingering snow is making it difficult for some animals to find food because the ground hasn’t greened, McClure added.

via Alaska’s mountain snow refusing to melt this summer.