According to the National Weather Service in Hastings, the low temperature at Central Nebraska Regional Airport in Grand Island was 45 degrees Friday morning. This tied the previous record of 45 degrees set in 1943. This was the coolest low temperature on any August day since a reading of 45 degrees on Aug. 30, 2009, the NWS reported.

The coolest August low temperature on record for Grand Island is 38 degrees on Aug. 24, 1928.

Ellen and I with our four daughters lived in Nebraska for five years in the late 1970s.  We used to joke about the weather, Spring was 2 weeks in May. Fall was 2 weeks in October. The rest of the time it was summer or winter.  The wind blew constantly, both summer and winter.

It has been a long time ago, but I do not remember any really cool sumer days when we were living in Nebraska in the late 1970s.

Here are some other low temperatures in a region that was setting heat records just a few week ago. 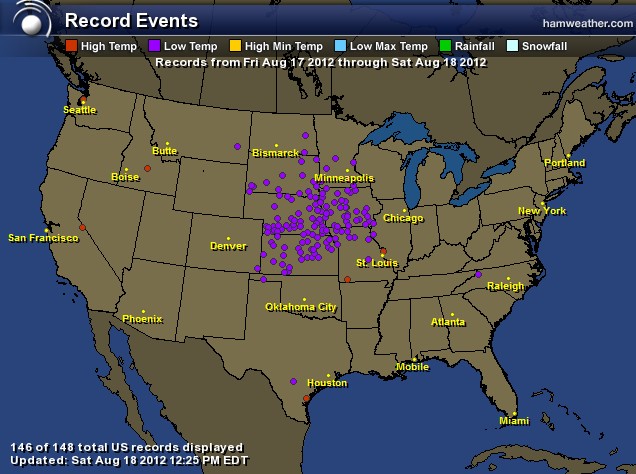 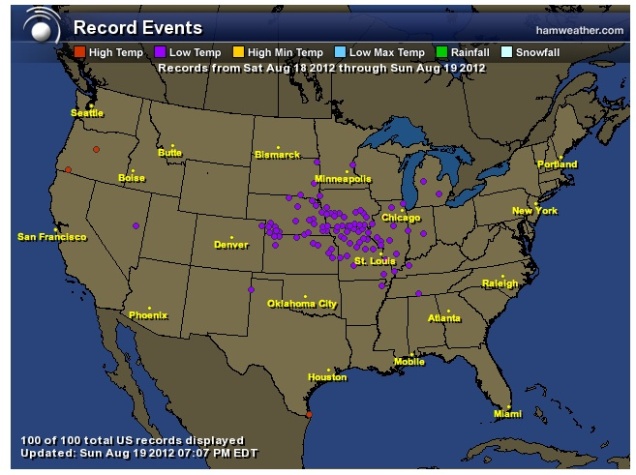 Here is the weekend results: 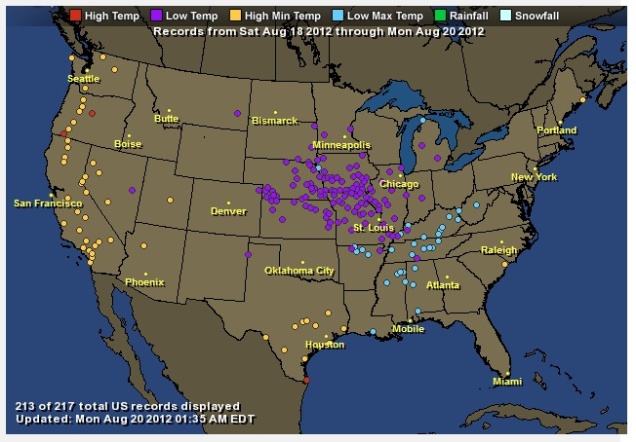