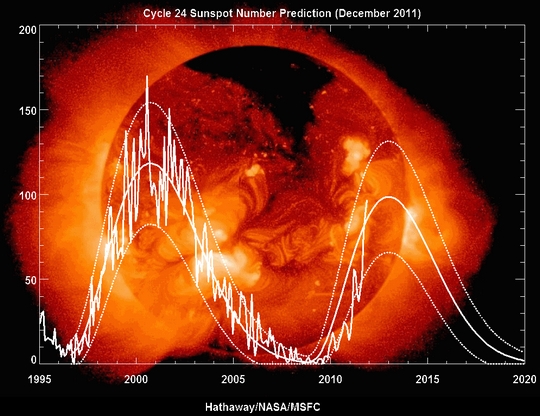 The current prediction for Sunspot Cycle 24 gives a smoothed sunspot number maximum of about 99 in February of 2013. We are currently about three years into Cycle 24. Increased activity in the last few months has raised the predicted maximum and moved it earlier in 2013. The current predicted size still make this the smallest sunspot cycle in over 80 years. 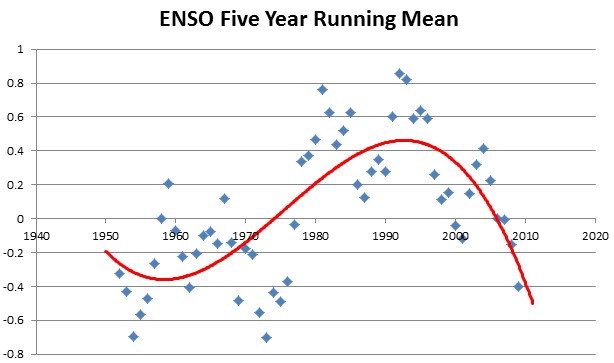 As you can see it is heading south.  The question is, are these two events related and what does it mean for future climate change. We know from history that lower solar cycles bought cooler temperatures on the earth. Only now are we beginning to explore the ocean temperature relationship to sunspot cycles, and long term climate change. It is clearly more than changes in CO2 levels predicted by NASA’s James Hansen.  The ENSO is going south, while the CO2 levels are still headed north.  They are not related.

4 thoughts on “Smallest Sunspot Cycle in 80 Years, and ENSO is Headed South”